Last December,  five #iGEMdelegates attended the Meeting of States Party to the Convention on Biological Weapons in Geneva.
One of them was Ronit Langer from the 2017 MIT team.

Going to Geneva as an iGEM delegate was a life changing experience. Stepping off the plane in Switzerland was like entering a different universe. Not only was it my first time in a European city, but my first time truly engaging with international diplomacy. In both cases the language was unfamiliar, but I was eager to learn. We arrived on Sunday afternoon, and after a quick nap at the hotel, we were exploring the streets of Geneva. We ate delicious Swiss cuisine and started bonding as a group. The next morning, we arrived at the Palais des Nations. Looking down the iconic flag-lined lawn, I was struck by the fact that we live in a time of international collaboration. Diplomacy is no easy task, as we would learn in the next few days, but I felt grateful to play a part in it.

During the first morning session, I experienced a culture shock; I am used to the power points full of data at science conferences. In contrast, each country representative read out a carefully crafted opening statement. To the untrained ear, the statements sound the same. But, with the help of other non-government organization(NGOs) representatives, we were taught to spot the subtle differences. For example, if a country did not bring up finances, it meant they had not payed their dues to the convention. While these nuances were initially frustrating, their necessity became apparent; if you are going to have that many cultures and opinions in the room, people must play nicely.

In addition to the plenary session in which main agenda items were discussed, there were side events to discuss more specific issues. By one o’clock on the first day, we were presenting in our side event, titled “Working with Synthetic Biolgy… How can you do it safely?”. It was exhilarating to be speaking to the international community on behalf of iGEM of the crucial role the biosafety plays in our work. Our perspective, as the future of the research and biotechnology, was listened to and respected. I personally discussed the future considerations needed for CRISPR technologies moving forward, implementing more wide-spread tracking algorithms of biological reagents, and the importance of doing effective outreach. My grandfather passed away the week before the convention; I discussed how meaningful it was for him to have me explain the immunotherapy cancer treatment he was undergoing. After our presentation I was approached by multiple people thanking me for my scientific insight, but also my vulnerability in sharing my personal story. Especially when speaking to a non-science oriented audience, it is important to bring in the “human” side of science.

One other side event that particularly struck me was hosted by Russia, titled “International conference ‘Global Biosecurity Challenges: Problems and Solutions’”. They presented about a meeting hosted in Sochi in November 2017, where world leaders came together to discuss future biothreats. One topic that came up as a concern for biosafety leaders was “do-it yourself” biologists. Of the nine bullet points presented, the first five were iGEM related, such as the registry or BioBricks, and the sixth bullet was iGEM itself. This left me with two major impressions: 1. iGEM is taken seriously by the international community, because of the impact that is having on the field. 2. iGEM is empowering students in a tangible way that enables them to become the future leaders of this space. I felt an enormous privilege to be able to represent this incredible organization, and knew in that moment that I was going to continue being involved.

On the third night we were in Geneva, I learned another lesson about international diplomacy; most of it happens outside of the UN building. We were invited to have dinner with NGO representatives and diplomats. We talked with them about the future of humanity over French fries and nachos. They spoke candidly as they reflected upon directions the convention could take. After dinner we played the game Pandemic with epidemiologists. I got book and paper recommendations from experts in the field. I learned in a deep way that people skills are important skills.

On our last night in Geneva, my fellow delegates and I gathered in one of our hotel rooms to play power point karaoke. It was an entertaining exercise having to speak eloquently about unrelated images with no background knowledge. At a certain point, I looked around the room and realized that these people had become my friends; I could make an utter fool of myself in front of them with a smile on my face. Being part of the iGEM community is such a strong base of connection and shared interest that five days was all it took to become friends. I want to strengthen these networks throughout my undergraduate experience and beyond.

When I returned home, I realized my life could never be the same. The experience had awoken me to my responsibility to the scientific community and humanity. It is my obligation to educate myself on the security challenges of my work, as well as its the moral implications of it. I, as a scientist, must engage with policy makers to keep them updated on the progress being made in the lab. In turn, I must take the time to understand the policy on a deep level to ensure its efficacy and sustainability. I leave this experience a better scientist, thinker and person. I cannot thank the iGEM Foundation enough for making it possible. 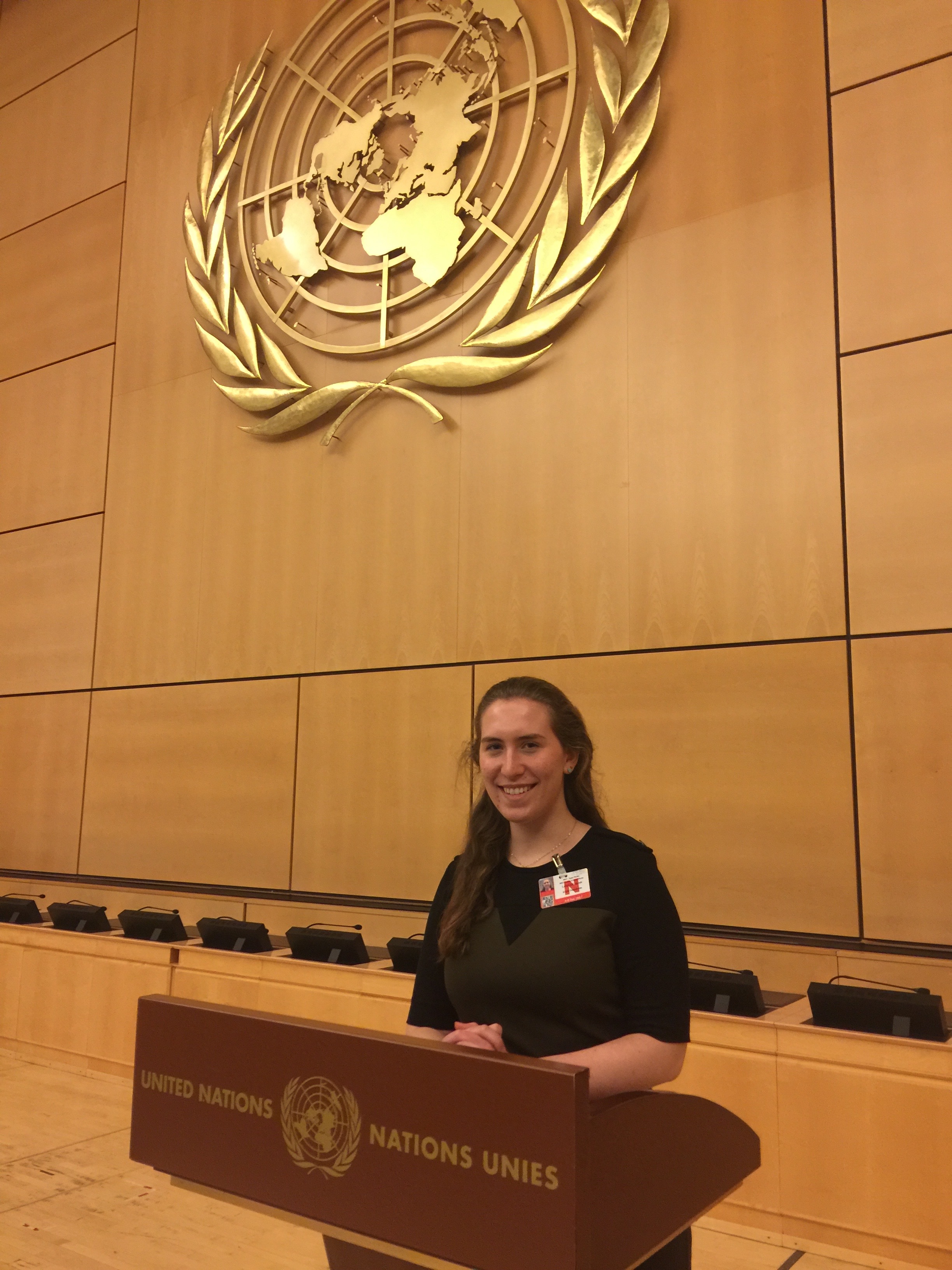