Last December,  five #iGEMdelegates attended the Meeting of States Party to the Convention on Biological Weapons in Geneva.
One of them was Tessa Alexanian from the 2014 and 2015 Waterloo teams and 2017 iGEM Judge.

Here is what Tessa has to say about the #AfteriGEM experience:

Have you ever wanted to be in the room where it happens? After iGEM gave me that chance.
It often seems to me like much of our world is managed by faceless systems. At the Meeting of States Party to the Bioweapons Convention last December, I saw that sometimes those systems reduce to a sea of faces, sitting together in one room. I went into the MSP without knowing much about how international governance plays out in practice. It was heartening to see delegates from all over the world manage to weave together an agreement despite competing concerns, especially knowing that no consensus could be reached at the 2016 meeting. 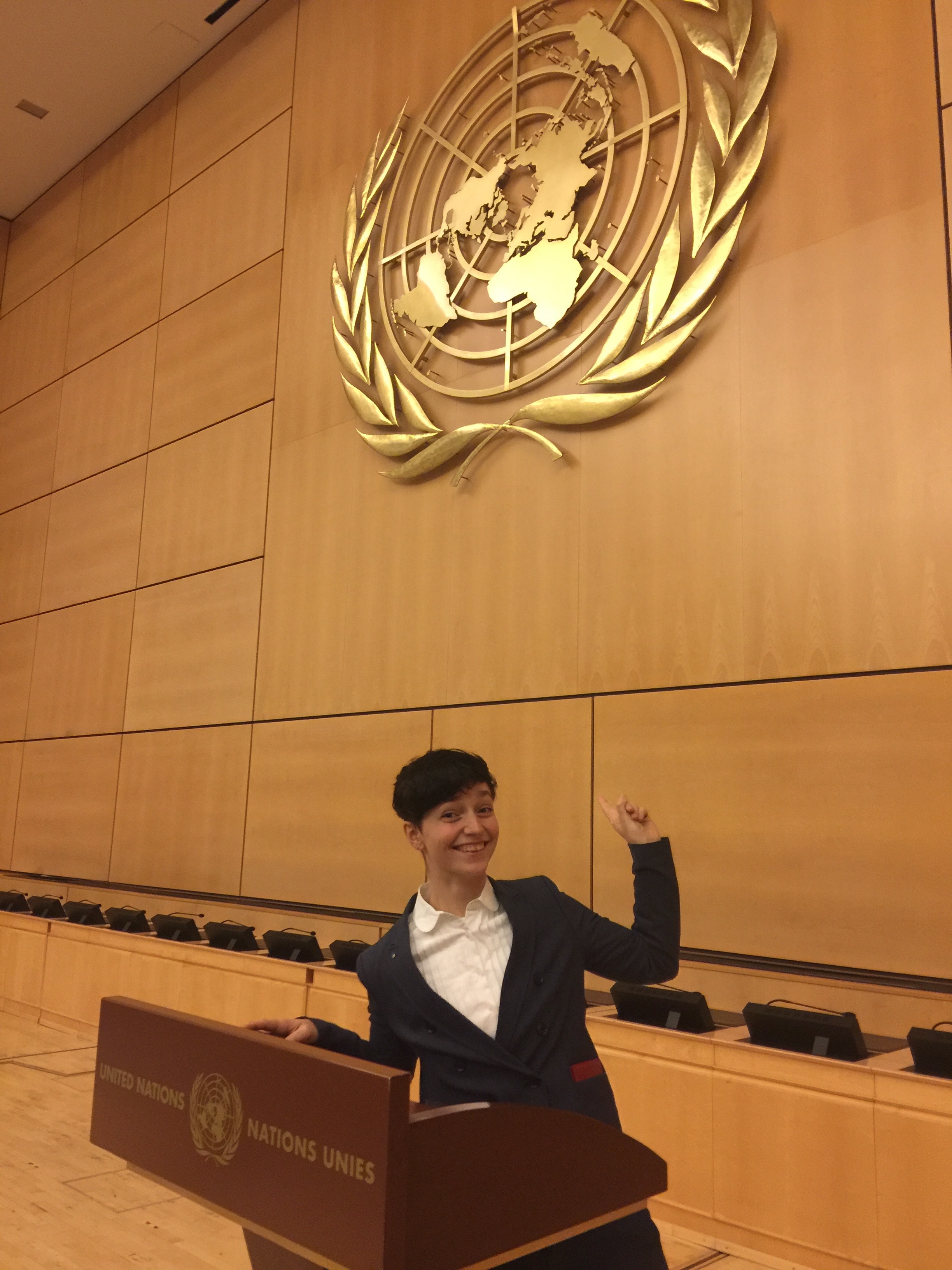