iGEM competition helped me find my passion. I never thought that I would be intrigued todive deeper in this pathway. Back then, in early 2018, I committed to myself that I would be dedicating my year for science through research. Later the same year, I found out about iGEM Lund team and applied to be a part of the team. I found myself in love with synthetic biology. Along with the team and supervisors, I learnt Synthetic biology beyond my courses, as it hasn’t been part of the curriculum in Lund University.

A year of hard work, along with my fellows in iGEM Lund 2018, I found iGEM competition as a robust way or method to understand  synthetic biology better and how the world hs been welcoming this gift. In the same year, Frances H. Arnold was awarded the Nobel Prize for her invention in enzyme production using directed evolution. It shows that synthetic biology is indeed a promising technique in tackling global issues.

It is fairly unarguable that Synthetic Biology is here to lead us to the synthetic age where scientists with multifaceted backgrounds collaborate worldwide to solve some of the most ravaging global problems, including climate change.

As I got back to Indonesia in late 2018, I was still eager to be part of iGEM. I wanted to learn more and be part of the upcoming synthetic era. Thus, I applied for the Ambassadors Program at iGEM. Apart from being an ambassador at iGEM, I am also teaching in Sumbawa University of Technology - a university in the eastern part of Indonesia,. This university-founded in 2013- has a strong chemistry with iGEM competition. iGEM has been part of its history, which a year after it was created participated in the iGEM Competition and won the Chairman’s Award. Everything is related in my current career, even for my short- and long-term goals.  Being an ambassador is a priceless opportunity for me. I have to travel many times, meet SynBio enthusiasts in Asia, especially Southeast Asia and communicate frequently with my colleagues from all over the world which makes me feel part of a community of SynBiologists without borders.

Through the opportunity of visiting Thailand, Singapore, and several reputable universities in Indonesia, I found that SynBio is mostly welcomed by biologists or biotechnologists. Most of the researchers and lecturers of Biotechnology in Southeast Asia agree that iGEM competition brings huge development of SynBio and it is an immensely helpful tool for learning, especially for students. Having an opportunity to talk to the scientists in Southeast Asia helped broaden my insight and perspective. 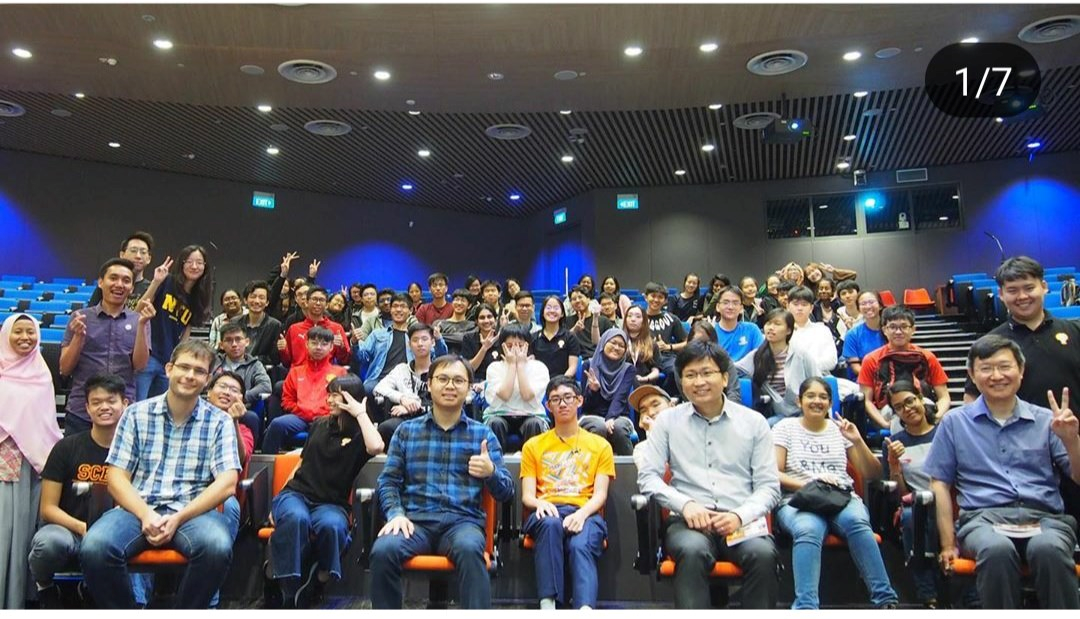 56 accepted 2019 high school teams out of the total 75 ones are from Asian area. Isn’t it amazing? Younger people here are becoming more and more enthusiastic about scientific topics of latest advances, and iGEM entitled them to conduct serious scientific researches and test their own ideas.

On July 7th, I joined a special meetup which was co-organized by 2 high school teams in Beijing, iBOWU China & SDSZ_China. This event initially targeted high school iGEM teams only and it turned out that college teams are also attracted. 11 teams (8 HS + 3 UG) in total gathered together in an art studio and shared their ideas on the “art” of “designing lives”. Moreover, this was the first time that After iGEM High School Committee provided resources and support to the event organization. The committee recruitment announcement for more members was also made during the meetup. Good job, Jeff!

(Note: Jeff, who just graduated from his high school, is the chair of After iGEM High School Committee.)

We all know that High school teams are responsible for the same timeline, deadlines and registration cost as the collegiate teams, as well as committed to the fulfillment of the same medal criteria. Listening to their presentations, you may not even be aware that they are still under age. Most of them perform as professionally as the college seniors. However, behind the scene, high school students are facing way more challenges to survive the iGEM competition season. The difficulties include but not limited to:

1. Lack of basic knowledge/understanding of molecular biology and biological systems

2. Very hard to have the access to a properly equipped lab

3. High school teachers may not be competent iGEM mentors.

4. They are less likely to get funding/materials support from the schools, compared with collegiate teams.

5. They have much less free time to spend on the iGEM project.

Even though, these passionate young talents are not giving up. They work so hard to catch up with the science background, seek for every possibility to get the advice from scientists and experienced iGEMers, run back and forth between classes and the laboratory (most probably outside of the school campus, could be very far), and sacrifice their holidays with family and friends. It’s also worth mentioning that the support from parents is super critical. In most of the cases, the iGEM expenses of high school students in China are fully sponsored by their parents.

As a former HS team instructor and current iGEM Ambassador, I’m always moved by these “future seeds”, as well as pleased to offer all my possible assistance to back them up. If you also think it’s lovely to witness and partake in the growing up of these diligent successor, and benefit from their fresh ideas, please consider to apply next year for the mentorship program under After iGEM Education Committee!

I do believe these young people will make this world better, don't you?